Prisons in Bangladesh are severely overcrowded over their actual capacity. Official records state that the capacity of prisoners in Bangladesh jail is 36,614 but the actual population in prisons is 81,033 (Source: Prisons Directorate, Bangladesh, as of 30/08/2018). A research shows that 79% prisoners are under trial, where only 21% are convicted cases in 43 prisons in Bangladesh (Source: Key Statistics of Improvement of the Real Situation of Overcrowding in Prisons in Bangladesh- IRSOP, A project of Ministry of Home Affairs, Prisons Directorate and GIZ). Many prisoners spend months or years waiting for a court date and many people are detained for minor offences which can be associated with poverty. The prisoners lack the access to rehabilitation and reintegration services. Moreover, drug dependent prisoners face treatment crisis inside of the prison. When the prisoners are eventually released, they have very little chance to rebuild their lives.
In 2008, the Ministry of Home Affairs (MoHA), Bangladesh, and the Prison Directorate initiated the project for the Improvement of the Real Situation of Overcrowding in Prisons in Bangladesh (IRSOP).

IRSOP has four different outputs (OP) which are-

The goal of the project is to reduce recidivism through rehabilitation of the prisoners with an aim to bringing them back into the mainstream of the society; thus reducing overcrowding through reducing inflow into the prisons.

From April 2014 – September 2017, DAM worked with eight central prisons; Dhaka, Kashimpur – 1, 2 and 3, Mymensing, Chittagong, Cumilla and Jashore, by several contracts. However, from October 2017 DAM has been working only in four central prisons – Dhaka, Kashmipur-1, 2 and 3 central jails.

The target beneficiaries of the project are the poor, marginalized, helpless prisoners along with the prisoners who were substance abuser.

The IRSOP project has been funded by the German Federal Ministry of Economic Cooperation & Development (BMZ) and the UK Department for International Development (DFID).

Dhaka Ahsania Mission has long experiences to work with HIV and Drug addiction issues. Due to its expertise in this field, DAM has started to work inside the prisons from 2005 with the financial assistance of UNODC-ROSA under a pilot intervention at Gazipur District Jail. The project was focused on capacity building for a peer leading intervention program on HIV/AIDS and drug abuse.
DAM has strongly proven its expertise in providing services to the vulnerable people for drug treatment and in organizing vocational trainings. It also has the credentials of having a strong and wide network within the relevant fields. Therefore GIZ (Deutsche Gesellschaft für Internationale Zusammenarbeit) decided to expand its future work in collaboration with DAM and this has been approved by the Ministry of Home Affairs (MoHA). DAM and GIZ have been working with a view to achieve the OP 3: Strategies for Reducing Recidivism under IRSOP inside the prisons.
The project provides special services to implement rehabilitation and reintegration of the prisoners into the society after serving their time in jail. It helps the prisoners to stay away from reoffending, recidivism and thus reducing overcrowding inside the prisons. DAM has also been providing support to the prison authority and to other stakeholders with a view to enhance capacity through the provision of drug treatment, skill development training and social integration both in and outside the prisons in selected sites.

Jamila (pseudo name), 48 years old female, came from a large and poor family. She has started her struggles since the childhood. When she was only seven years old, she came to Dhaka for a work as maid servant. She tried to reduce the extreme poverty of her family by providing financial assistance.
After her marriage, she found out that her husband was a drug abuser and she was constantly tortured brutally by her husband. She was forced to accept more tortures at her husband’s house when she had given birth to her second daughter. She started to work in Dhaka City Corporation as a sweeper. Jamila’s husband was also involved in dealing drugs and one day the police searched their house and found a huge amount of heroine. At her husband’s absence, police arrested Jamila and accused her of drug trafficking issues.
During her imprisonment she was introduced to the Rehabilitation Supervisor/Counselor (RSCC) of IRSOP project at Kashimpur Female Central Jail. RSCC informed her about IRSOP project activities and provided peer volunteer training. She was offered family counseling with her family. After six years of imprisonment, she received bail from the prison.
In the mean time, she had lost her job and unfortunately her daughter grew up and started substance abuse. Jamila was determined to start a new chapter in her life, so she asked for help and support from the IRSOP project. The RSCC engaged her to the DAM Women’s Drug Treatment and Rehabilitation Center as cleaner. This enabled Jamila to be hopeful in her life.
She has been earning Tk 6000/= monthly from her job at the center. Jamila is now happy, she is also grateful to IRSOP project and Dhaka Ahsanaia Mission.

The youthful, excited, honest and fearless Razu (pseudo name) was leading a happy life with his family. When he was 17 years old, he was admitted in college for education. With a teenager’s enthusiasm, he went for the interview of Bangladesh Rifles Battalion as soldier position. Fortunately he was selected and started his new professional life at Akhaliya, Sylhet in 2006. In 2009 he came to the Dhaka BDR Headquarter to join BDR Week as a representative from his battalion. Razu was charged and dismissed as he was accused as one of the offenders of the Pilkhana Rebellion. Finally, the court convicted him and sentenced for 4 years’ consecutive prison trial. During his imprisonment, he received electrical and house wiring training courses with interest and he was certified through the IRSOP project. Prison authority was impressed by him and they assigned him in all electrical works inside prison. After his imprisonment he got a job in a textile mill and earned 10,000/= taka monthly. He also got another job in a company as Electrician in Charge and started earning 15,000/= taka monthly. Now he has been working in that company for a salary of 18,000/= taka per month. He has a permit license on electrical works from the Ministry of Power and Energy. He is a legal electrician now. He is trying to forget the past traumatic memories and he is going forward in life with new spirit. He has planned that he will establish an electrical equipment shop in his village beside his regular electrical work. He is thankful to the prison authority, DAM and IRSOP project for helping him in walking on the new lightened path of life. 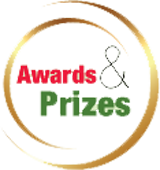 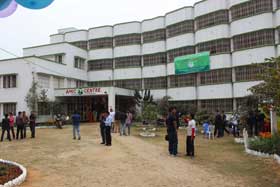 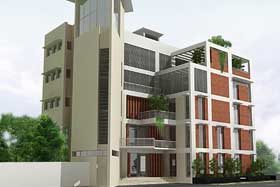 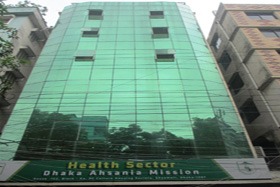