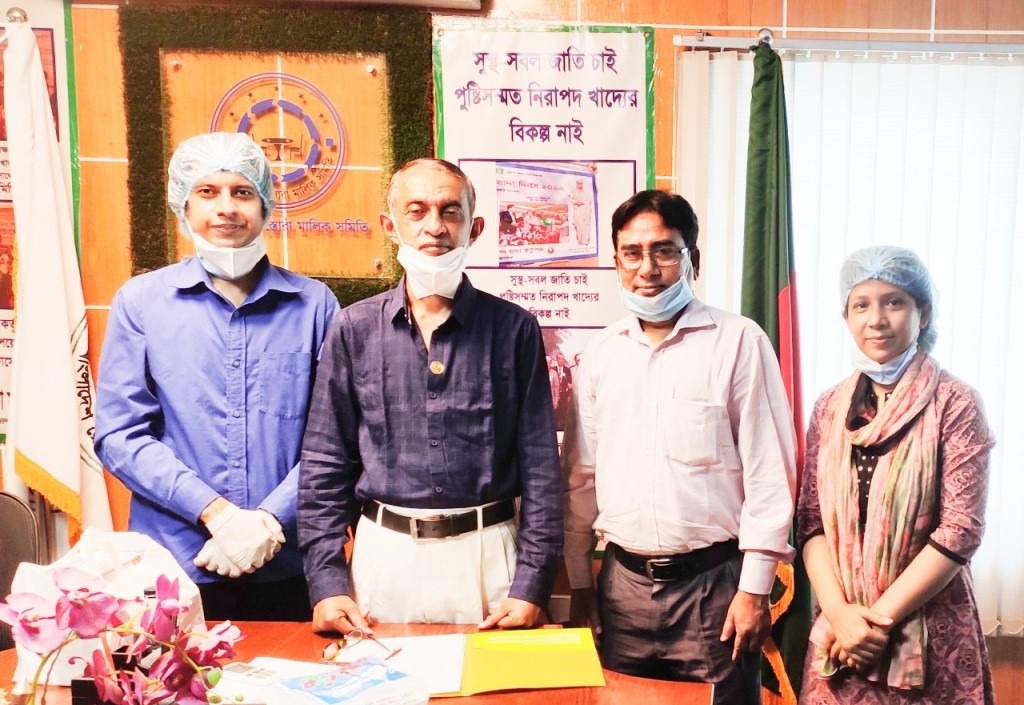 A team of Health Sector, Dhaka Ahsania Mission met with Bangladesh Restaurant Owners Association (BROA) Secretary General M. Rezaul Karim Sarker Robin on 16 November, 2020, Monday at 11:00 am at the central office of the BROA. During the meeting an elaborative discussion was made regarding the loopholes in the current Tobacco Control Law and highlighted the urgency of law amendment. The discussion was led by Assistant Director of Health Sector, Dhaka Ahsania Mission Md. Mukhlesur Rahman. As per the discussion the BROA Secretary General said that for removal the DSA Tobacco Control law amendment is very much urgent.
BROA Secretary General said, “It is very important to ensure removal of designated smoking area in the restaurants. He added that designated smoking area has to be banned regardless of the number of rooms in the restaurants. He said that the Government should take necessary steps to amend the law for removing the existing loophole in the TC law which is obstructing the implementation of Prime Minister Sheikh Hasina’s public declaration to make Bangladesh a tobacco free country by 2040”.
Media Manager of Tobacco Control Project of Health Sector, Dhaka Ahsania Mission Muhammed Rubayet and Senior Program Officer Sharmeen Rahman were also present during the meeting. Information and proposals regarding amendment of Tobacco Control Law were handed over to the BROA Secretary General at the time of the meeting. The proposals were: 1) Banning of smoking zone to ensure that the public places (restaurants) are completely smoke free 2) Banning of tobacco product display at point of sale 3) Banning of import, marketing and sales of e-cigarette and like other emerging tobacco products 4) Ban single stick of bidi-cigarette or loose cigarettes and ban sales of Jorda-Gul 5) Ban of Corporate Social Responsibility (CSRs) activities of Tobacco Companies 6) Increase the size of the pictorial health warnings from 50% to 90% and demand for introducing plain packaging of all forms of tobacco products.