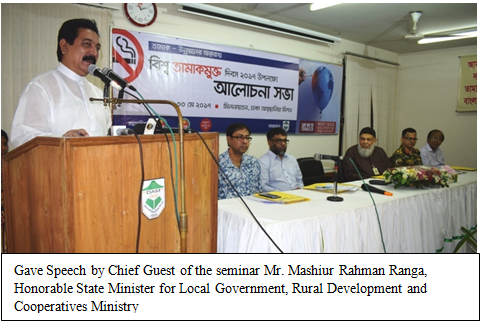 State Minister for Local Government, Rural Development and Cooperatives Ministry Mashiur Rahman Ranga suggested halting the sale of Cigarettes within three kms off educational institutions apparently in a bid to discourage students from smoking. Students of schools and colleges are easily addicted to smoking due to easy availability of Cigarettes near their institution. Halting the sale of Cigarettes may prevent them from acquiring the bad habit, he said, calling for taking up necessary steps in this regard. The minister came up with the remarks while addressing a discussion in the capital on 30 May 2017, marking the ‘World No Tobacco Day’, which will be observed across the world including in Bangladesh tomorrow (Wednesday). Dhaka Ahsania Mission (DAM) in association with Campaign for Tobacco Free Kids (CTFK), Dhaka North City Corporation and Dhaka South City Corporation held the discussion at DAM’s Dhanmondi office in the capital. 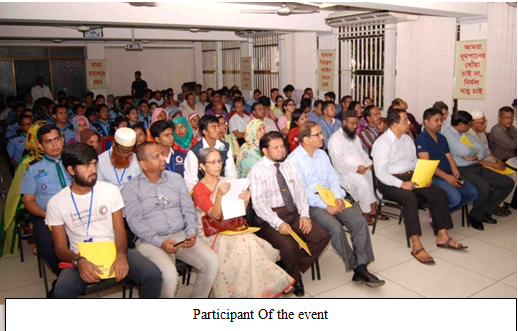 The minister, who attended the programme as the chief guest, also called for taking up comprehensive steps, including raising massive awareness, making joint efforts and imposing higher tax for tobacco control. Shah Mohammad Alamgir, director general of Press Institute of Bangladesh (PIB), attended as the special guest at the programme. Brigadier General Sheikh Salahuddin, chief health officer of Dhaka South City Corporation, Dr. Mahfuzur Rahman Bhuiyan, grants manager of CTFK, Md. Mukhlesur Rahman, assistant director of DAM, among others, spoke at the programme with Kazi Rafiqul Alam, president of DAM, in the chair. The speakers stressed on raising awareness involving all concerned, including the mass media, for controlling tobacco in the greater interest of the country.