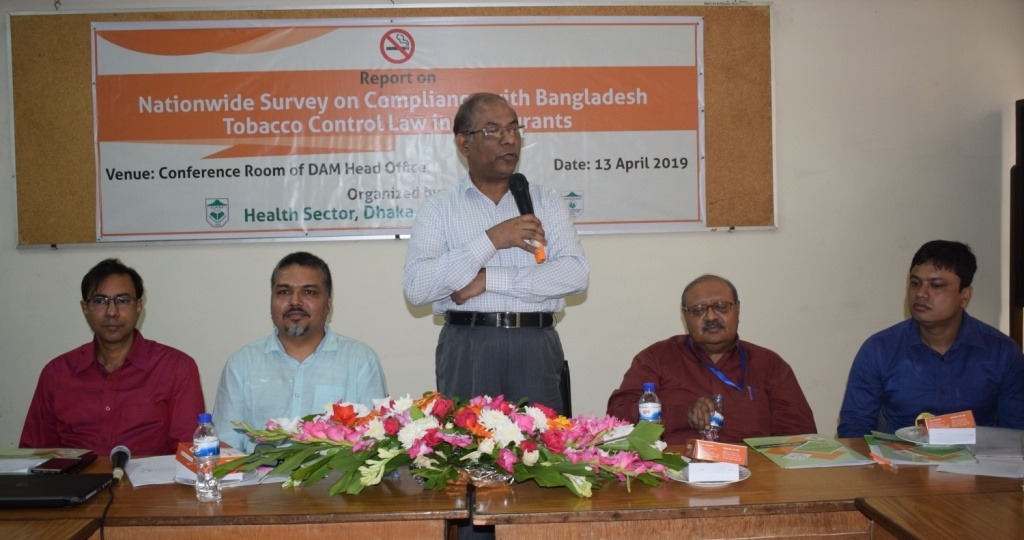 Attributing the smoking in public place to non-implementation of Tobacco Control Law, the speakers stressed on reforming the law. They also called for launching advocacy for raising awareness involving the restaurant owners. Representative from different anti-tobacco organizations and different projects of DAM Health Sector participated in the event.

It may be mentioned here that this survey conduction as well as report release program was organized through DAM own inititiatives.