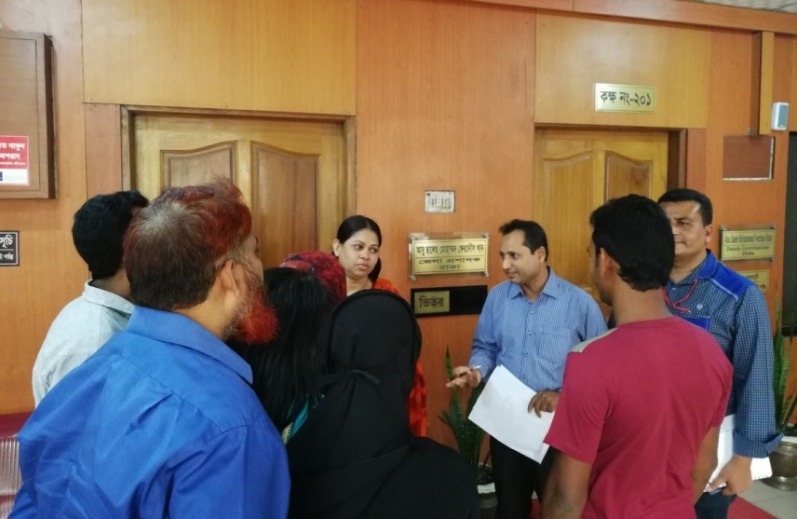 After being leave of the DC room, last discussion with beneficiaries

Dhaka Ahsania Mission representative sought support from government authority as a part of qualitative rehabilitation. The issue was discussed with Deputy Commissioner (DC) of Dhaka regarding rehabilitation support for project beneficiaries and submitted a list of beneficiaries to the DC-Dhaka who needs support based on his advice. The issue discussed at Case Coordination Committee (CCC) meeting, Dhaka on February and March 2018. Finally CCC meeting had decided to meet the beneficiary Total seven beneficiaries including three male and four female were met with Mr. Abu Saleh Mohammad Ferdous Khan, Deputy Commissioner, Dhaka on 4 April at 11.00am.