Dhaka: Speakers at a programme here today (Tuesday) called for taking comprehensive steps for preventing the use of drugs among females, saying that drug addiction among the females is affecting their mental health along with other health problems. 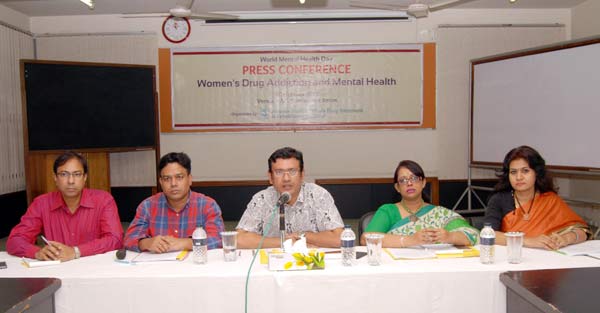 Drug addiction among our females is gradually increasing due to various reasons. Female drug addicts are affected more than their male counterparts. But the scope of treatment and rehabilitation services for them is not satisfactory in the country. Necessary steps should be taken to address the problem, they said.

They made the remarks while addressing a press conference at Dhaka Ahsania Mission (DAM) conference room at Dhanmondi in the capital.

It was observed that 43% women addicts took to the path out of curiosity while 34% motivated by their friends and other known persons. The addiction is creating different health problems, they said.

Mentioning about connection between physical and mental health, they said that it is possible to avoid many unexpected things if mental health issue gets importance. Hence, it is imperative to address all those issues in the interest of maintaining good health of our people.

The speakers stressed on raising awareness for prevention of addiction among females. “The role of families is more important in combating the menace”.