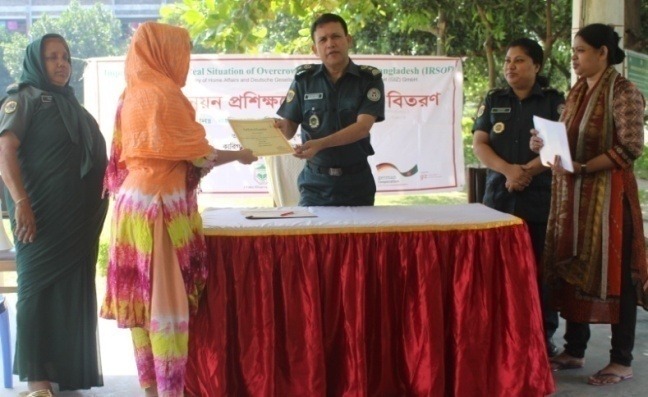 After completing skill development training on Block-Batik trade, a certificate distribution program was held at Kashimpur female central jail on 13 November 2017. Senior Jail Super Md. Shahjahan Ahmed has given certificate among all of the successfully completed participants. Total 24 participants were received certificate where 8 were convicted and other 16 were under trial prisoners. Among the others Jailor Umme Salma and Metron Shapna were present on the program. The program was moderated by Rehabilitation Supervisor cum Counselor Nilufar Yasmin. The duration of the training were 30 working days. The Senior Jail Super also thanked to GIZ and Dhaka Ahsania Mission to arrange such training inside of the prison.