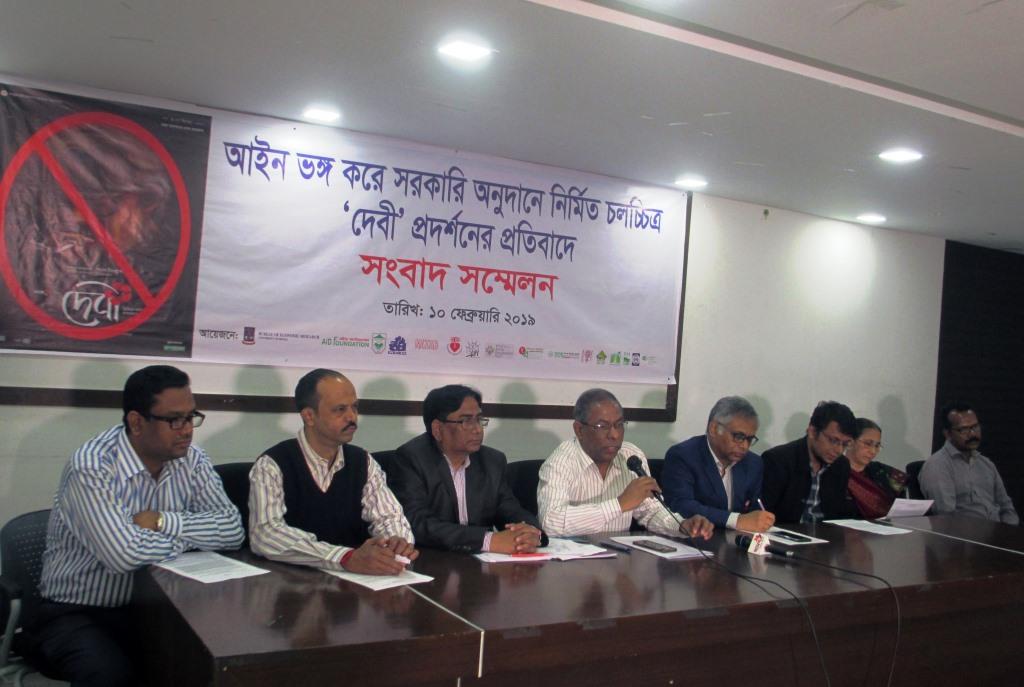 Authorities urged to implement anti-tobacco law while releasing the film

Dhaka: Expressing grave concern at showing smoking sceneries in a film by flouting Tobacco Control Law, anti-tobacco and development activists demanded proper enforcement of the law while making any film. Great concern has been created among the anti-tobacco, public health and development activists due to excess use of smoking sceneries in Bangla film ‘Debi’, which was made with the government’s grants’. Though the existing relevant law prohibits the display of smoking scenery, frequent use of such scenery has been done in the government-funded film, they said. Being informed by anti-tobacco activists, the secretary of Information Ministry on January 22 this year instructed the all concerned, including the Film Censor Board, to look into as to whether there is any violation of Tobacco Control Law while making the film, they said. Despite the instruction to review the film as per the relevant law, a plan has taken up to make the premiere of the film on a private TV channel on February 13-14, they said, expressing frustration over the matter. They made the remarks while addressing a press conference at Jatiya Press Club today (Sunday). Anti-Tobacco organizations are jointly meet the press conference for demanding scrapping smoking sceneries in the film. According to the Smoking and Tobacco Products (Control), Act 2005, smoking and use of tobacco products has been prohibited in film, drama, and documentary. The law has been violated here as there are many such sceneries in the film, which has been shown 100 times at different movie houses from October 18 till date, they said. Not only this, they said, a move has made to make the premiere of the film on a private TV channel on February 13 and 14.

Mentioning that tobacco is harmful to health, the speakers called on the authorities concerned to take necessary measures for scraping the smoking sceneries in the film as it would encourage the youth to go for smoking if proper steps are not taken immediately. Tobacco companies have carried out their campaign in a subtle way through the film, they said, adding that the Prime Minister’s declaration to make a tobacco-free country by 2040 would not be implemented if such incident continues.

They urged the mass media to raise awareness about it. “Social movement by the media against smoking would help contain the use of tobacco and also force the government to take the positive decision”.